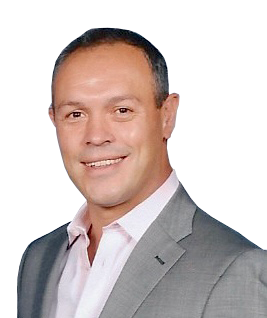 Mr Roger Wilson has been a Consultant Orthopaedic Surgeon in Belfast since 2011, specialising in knee and hip surgery. His NHS practice is based at two Belfast hospitals. Musgrave Park Hospital, where he performs a large number of elective soft tissue knee & ligament reconstructive surgery operations, as well as numerous knee and hip replacements. The Royal Victoria Hospital where he runs a ‘Hot Knee Clinic’ and treats complex emergency knee trauma referred from all over Northern Ireland.

Roger graduated in medicine from Queen’s University Belfast, and underwent his specialist orthopaedic training in Northern Ireland. In 2003, during his training, he commenced a 1-year Knee and Hip arthroplasty Fellowship with Professor David Beverland, and was awarded an MPhil from Queen’s University Belfast for his thesis on total knee replacement.

In 2010, following his orthopaedic training, Roger undertook a fellowship honing his skills in knee surgery at the internationally renowned ‘Avon Orthopaedic Centre’ in Bristol. He gained valuable experience in knee sports injuries and joint replacement surgery. He gained expertise in the latest techniques in arthroscopic surgery, including anatomic anterior cruciate ligament (ACL) reconstruction and became proficient in the use of ‘patient matched technology’ for knee replacement. He has also spent time at the Brisbane Orthopaedic & Sports Medicine Centre, and the Australian Institute of Musculoskeletal Surgery in Australia.

Roger continues to have an active interest in research & education. He has published and presented extensively both nationally and internationally. He regularly teaches on a wide range of knee topics in the UK and Ireland. He is an educational supervisor for orthopaedic trainees in Northern Ireland, and is involved with the teaching and examining of medical students from Queen’s University Belfast. At present he is a member of a multi-disciplinary sports group, the RISUS group, which is working with the IRFU and Ulster Rugby to reduce the risk of injury in Schoolboy Rugby. He is a member of the Ulster Rugby Medical committee providing on pitch medical care to Ulster players at the Kingspan stadium.

Roger successfully combined his medical training with a first class rugby career, playing for Ulster 20 times in the 90’s, Ireland 7’s (Hong Kong -1995), 5 Ireland ‘A’ caps, and a member of the Ireland squad that toured Australia in 1994. His sporting background gives him an invaluable insight into the pressures faced by top-class sportsmen and women when they suffer injury. His empathy combined with the latest techniques in orthopaedic surgery for the knee has already helped treat National and International athletes from a variety of sports.